Why I was arrested at Occupy Oakland 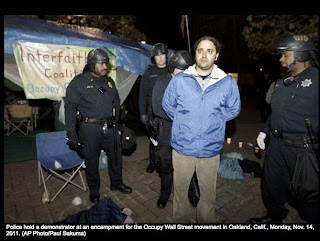 By now you have likely seen pictures and videos, read articles from professionals who were far away, and the few bloggers and members of the media brave enough to join us at the Occupy Oakland encampment. But now it is my turn to tell you why I was a part of this story.

To begin with, this arrest is far from an end-in-itself, but rather is a small piece of a larger strategy. To this point, the interfaith clergy group I am working with in Oakland has been very much on the periphery of the Occupy camp both physically and intellectually. That is to say, our tent presence existed on the outskirts of the camp, and we sought to be a support of what was, rather than a force to help create what could be. We thought it best to let the movement indicate to us what it needed, rather than to dictate the terms of our involvement, which would begin and end with a commitment to non-violence. We sought this advisory rather than leadership role out of good intentions, but I am now convinced we were wrong, and our actions on Sunday night/Monday morning were the beginning of this correction.

As you have heard, the number of arrests was very low - only 32. There had been between five and eight hundred at the camp with us when the raid began, but the police masterfully corralled the vast majority out of the camp and onto a main thoroughfare, where they were able to push them right out of downtown without needing to arrest them. It was a brilliant strategy that greatly reduced the numbers of arrests. Most of those still there intended to register their anger through their arrest, and the police found a way to deny them that possibility.

Which left the clergy alone in camp, literally holding the spiritual center of our village. 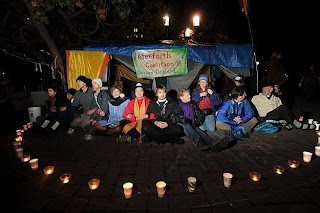 And now it is time for us to lead from this same place. Now, do not get me wrong. I understand that this is a leaderless movement, and we certainly do not want to change that. But the faith voice, and our history of non-violent resistance needs to be a louder and more assertive aspect of this conversation, and it is our responsibility to make sure that happens.

And that is what the Occupy movement truly is, a conversation, and that is why I was willing to offer my body to be arrested. I strongly believe that this conversation must happen and that the public square of every city, town and village of this country and planet needs to be involved. And this is no small thing, this conversation, that is, unless you are happy with the status quo. This conversation represents our best hope of change, because once we are united, we are unstoppable.

The symbol of this movement is the tent, but let us not get our symbols confused with our strategy and intentions. This movement is at its essence an idea. And that idea is that we are only powerless so long as we are disconnected. But as we gather and share our stories before the media has a chance to shape and re-shape them, we recognize our common humanity and let go of our fears. Connected, we are powerful and can move mountains. 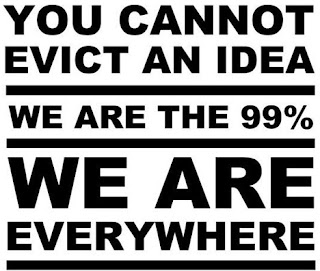 But many people remain on the sidelines, and for this to succeed it is essential that this changes. I think one thing that has kept many people from getting involved is that they are not sure what this movement is, what it stands for, and where it is going. From my personal experience, this cannot be explained, only experienced. This movement is open source. It is freely available to any who wish to engage with it. But you must take the first step.

I know so many of us have been disenfranchised. We believe even our right to vote for those that represent us is meaningless. Well, Occupy is the antidote to that feeling of impotence. Here is your platform. It is the General Assembly near you. Unlike most things in modern American life, it cannot be consumed from the comfort of your couch. It will not come sterilized and pre-packaged like the meat you buy in the grocery store. It is not safe, and neutered and stripped of meaning like a sound bite on TV. It is real and raw and very much still being formed and focused. And it desperately needs your voice.

Please go to a General Assembly near you and hear and see for yourself, I promise you will be transformed by your efforts. 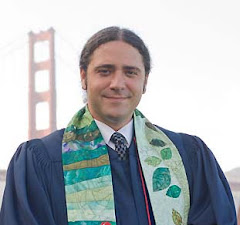 Musings along the adventure of ideas